About Bill Light by Robert Younger

About Bill Light by Robert Younger

Some of you asked that I share some of Bill’s emails as a result of my stories about him. We knew each other and our families for over 35 years and shared so many wonderful times. He was a gifted storyteller and a wonderful man.

This is a series of emails from a deceased friend, Bill Light. I share this with you because as he was sick with pancreatic cancer, he reviewed his life and wondered about the difference he made and what he would leave behind. He was always politically active and he talked with me often about his time in Mississippi during the Freedom Summer of 1964. He wondered if he made a difference as it was such a struggle but I think his words capture something for all of us to remember:

Sometimes what we do now, will not be apparent in the present but surely has the potential to effect change.

Seems very important to remember given the climate we find ourselves in.

“Some of you have been recalling when I first went off to Mississippi, 50 years ago, where we were when I told you, the feelings we had about it. I now know I was rather naive about what I was getting into, how dangerous it would be, even the complexity of my reasons for doing it, the complexity of the racial politics, and on and on.

This time it is rather simpler, though the complexity is if anything much greater than it was then. Having a bit more experience in the world, a bit more wisdom, a bit more appreciation for the fact that it is not about good and evil, I see that everyone has a point of view and a summation of life experience that gets them to where they are now. Not that there isn’t a clear distinction between what is right and wrong, wholesome and destructive.

But the subtleties of humanity, and the amazing convoluted thinking and feeling that we do kinda puts all of us, racist or not, in the same barrel of monkeys. Being judgmental gets us absolutely nowhere. The issue is how to connect, not that I am right and you are wrong.

Many of you know my favorite Rumi quote: “Out beyond all notions of right doing and wrongdoing there is a field; I’ll meet you there.”

For the first time ever in my life, my suitcase was all packed and ready to go 5 days before the beginning of the journey. I guess you could say I am pretty pumped about this adventure, especially since I get to make it with my dear friend, Ron Bridgeforth, the one who more than anyone taught me how to act and how to survive in Mississippi. We will leave Tuesday morning, the conference will go from Wednesday to Sunday, and then Ron and I will drive up to Starkville and Maben, where for us the action was. We will return to San Francisco on Tuesday the 1st. I will begin my third chemo run two days later.

I have been nesting in my new habitat (Bill went to San Francisco where he grew up for cancer treatment), putting up hanging hooks, finding places to put my too much stuff. I succeeded in mounting a clothesline out back, so I can say with confidence that no fossil fuels were harmed in the drying of my laundry.

I am feeling fairly well, no nausea problems right now, though I have a new wrinkle, mouth sores that make me not want to eat or drink. I do anyway, because if I don’t eat and drink I will die, but I can’t work up much enthusiasm.

I am OK being back in San Francisco, but I really do miss and love you all, and nothing looks better right now than being back in my own home with my own friends. Soon, ojala!” 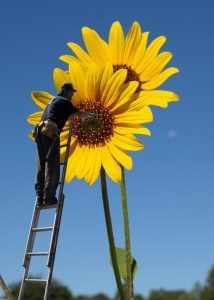